What is the standard to which fire alarm systems should comply?

I.S. 3218  is the standard for fire alarm systems in Ireland. This covers both commercial and domestic systems.

Am I required to have a fire alarm system?

Where you have a responsibility to provide a safe place of work and also have regular public traffic then you should ensure you have a fire alarm system.

What is a conventional system?

Conventional fire alarm systems are a basic way of providing a fire alarm for protection.

An area is wired as a circuit (normally called a zone), starting at the control panel and ending at the last device. Smoke detectors, heat detectors and call points are placed on this circuit. A number of zones are required, depending on the building’s layout and size.

A system has up to 32 zones of detection. If an alarm occurs, the area affected shows up on the control panel in red L.E.D. The area then has to be searched to find out which device went into alarm – indicated by red L.E.D. on the device itself.

Detectors and call points are run on one circuit, while sounders utilise a separate circuit.

There is no way of programming devices to activate in certain ways, so the system provides a one in all out scenario.

What is an addressable system?

The area is wired as a loop, starting and ending at the control panel. Smoke detectors, heat detectors, call points, interfaces and sounders are placed on this loop. A number of loops might be required, depending on the building’s layout and size.

A system has up to four loops of detection. If an alarm occurs, both the location of the alarm and the affected device is indicated on the control panel. The device will also display a red indicator light to highlight its location.

Smoke detectors, call points and sounders can be run on the same circuit, which reduces installation costs.

What are the advantages of an addressable system over a conventional one?

Addressable systems are intelligent and allow staff to instantly identify the location of a fault or fire.

They also involve less installation and are easier to maintain, as well as being more robust to false alarms. They allow the system to be programmed to match the client’s requirements.

A conventional system in the same premises would only indicate the general area in alarm.

This system does not allow for selective programming of outputs, so all outputs would be activated in the case of an alarm.

Example: All doors on all floors would release.

It stands to reason that addressable systems have a higher equipment cost, but they save on labour.

For a small facility, or one with a limited number of devices, a conventional system would suffice. Neither system is better at detecting a fire than the other, they just utilise different technologies.

It is important that, prior to installation, the system choice is discussed with the client. The system needs to be fit for purpose, taking into consideration the building’s layout and intended use.

What is the difference between a domestic and commercial system?

A commercial system has a control panel which operates and monitors all the installed detectors and sounders. It comes with a backup battery to ensure operation in the event of a power failure.

A domestic system normally consists of a number of interlinked mains-powered detectors with backup battery power. They operate independently of any control panel, but are interlinked (if one is in alarm they all are).

Are there different categories of domestic system?

Domestic systems are categorised under two headings: the grade of system (which details the equipment in operation) and the level of protection (which details where detectors are installed).

The LD2 system is the minimum Irish standard.

What are the categories of commercial system?

Commercial systems are categorised as follows (all include manual call points):

When a system is installed in a premises where there is more than one interlinked system in operation, then the suffix “X” is used.

How many sounder circuits should I have in a building?

When standard conventional sounder circuits are used then a minimum of two circuits are required inside the building. This ensures that, should one circuit fail, there is a backup. This second circuit doesn’t need to provide the minimum sound level required throughout the building.

How many sounders should I have in a building?

It depends on the internal layout of the building and the type of sounders.

Generally, a conventional wall mount sounder will give an output of 105 decibels (dBA) when set to a high level, while sounder bases would be slightly lower. Once there is a door between a sounder and a person you will lose about 25 – 35 dBA, depending on the door type.

In bedrooms 75 dBA is required at the bed head to wake a person, but this can be lowered in the case of healthcare institutions.

How high should I mount a sounder?

A standard sounder should be mounted 1.8m above the floor.

How high should I mount a sounder/beacon?

A standard sounder/strobe or individual strobe should be mounted 2.1m above the floor and not closer than 150mm from the finished ceiling.

What is the maximum distance between smoke detectors?

A smoke detector will provide coverage up to 100m² on a flat ceiling. However, a detector should not be more than 6m from any wall, or obstruction, and no more than 12m from another detector.

It may be necessary to have additional detectors fitted, depending on the building’s layout.

What is the maximum mounting height for a smoke detector?

A point type smoke detector should not be mounted on any ceiling exceeding 10.5m.

What is the maximum distance required between heat detectors?

It may be necessary to have additional detectors fitted, depending on the building’s layout.

What is the maximum mounting height for a heat detector?

How high should I mount my break glass units?

Break glass units or manual call points should be mounted 0.9 to 1.2m above the floor.

The type of cable required is detailed in I.S. 3218

It details the tests that a cable must pass, as well as offering advice on which cables are recommended for specific areas, ie PH30, PH60, PH120 Enhanced.

Where PH120 is specified on a job then the only cable that can be used is PH120 Enhanced.

Where burn rate cable is used it is recommended that you consult the designer, as well as the local fire authority. 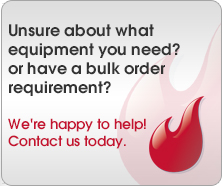 Covid – 19 Update: We are open for business in line with government guidelines. With protective measures in place, our team are committed to getting you the products you need where and when you need them. We thank you for your support. Dismiss

Manage Cookie Consent
To provide the best experiences, we and our partners use technologies like cookies to store and/or access device information. Consenting to these technologies will allow us and our partners to process data such as anonymous browsing behavior or unique IDs on this site. Not consenting or withdrawing consent, may adversely affect certain features and functions.
Manage options Manage services Manage vendors Read more about these purposes
Preferences
{title} {title} {title}